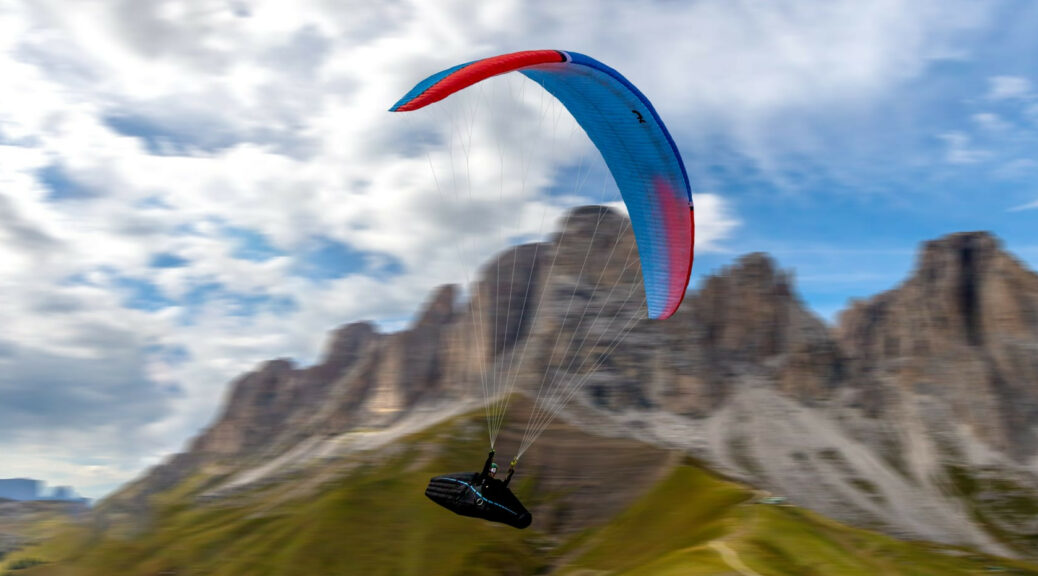 The Niviuk Icepeak Evox, more speed, more maneuverability and more performance in the most competitive version of the Icepeak to date. Its complex construction combined with the latest technological advances and the best materials elevate its performance to a level of excellence. A wing designed to change the rules of the game.
WEITERE INFORMATIONEN

This technology seeks to implement the best orientation of the cloth on each panel according to its location on the leading edge. If the cloth pattern is correctly aligned with the load axes, the cloth suffers less deformation flight after flight, so the leading edge keeps its shape better and maintains its durability over time.

With the application of the DRS, the airflow at the trailing edge is directed more progressively along the adverse pressure gradient with the aim of reducing the aerodynamic drag produced in this area. This increases performance without compromising safety or control of the wing.

The Ram Air Intake system is characterised by the arrangement of the air inlets, to ensure optimal maintenance of internal pressure across the the whole range of angles of attack.

The SLE is a rigid structure located at the leading edge of the wing that eliminates the need for old-fashioned mylar reinforcements in this area, thus reducing the weight and increasing the durability of the wing. The leading edge will also have better turbulence absorbing qualities.

The STE provides a rigid structure at the trailing edge in order to maintain its shape in accelerated flight. In addition, the rigidity provided by these elements improves the load distribution, reducing wrinkles, and consequently drag, and therefore ensuring better performance.

Nitinol is a combination of 50% nickel and 50% titanium. This technology provides three outstanding benefits that increase the performance of the wing, compared to plastic rods.