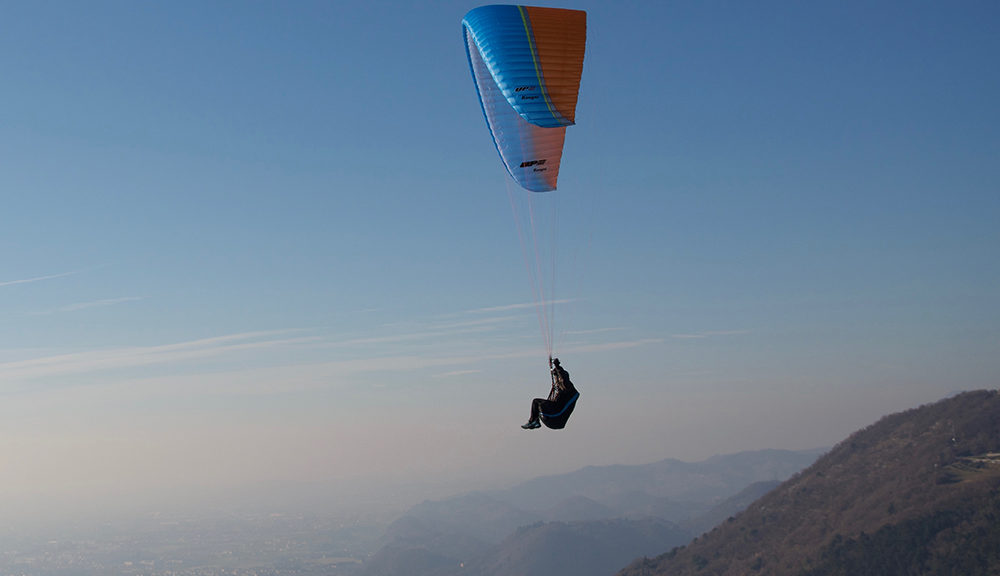 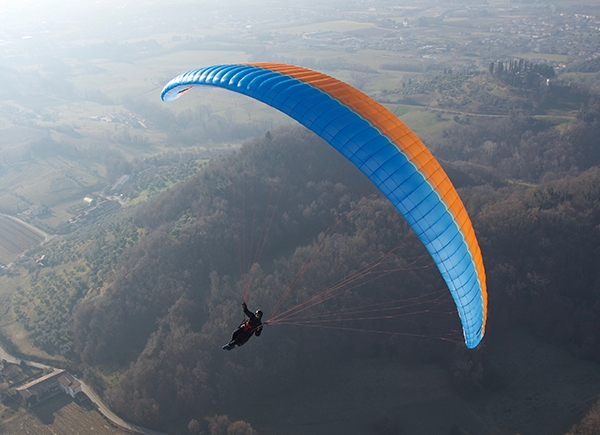 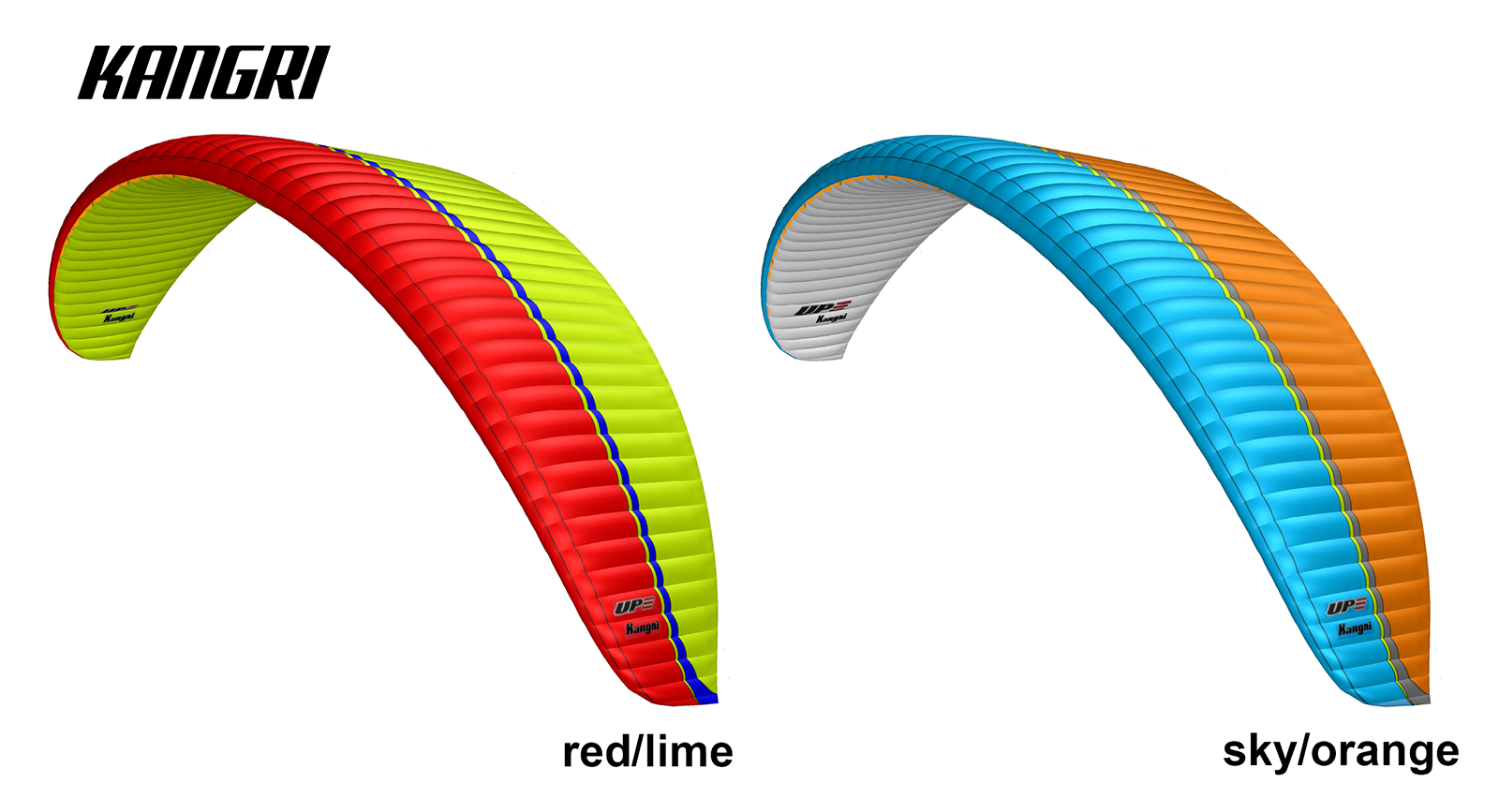 Need help finding the right size for you? Click here

TEST UP KANGRI by  ZIAD BASSIL, THANKS:

The Kangri is UP’s high-end B with an aspect ratio of 6.3. A mix of light materials is used. 32g and 27g Porcher Skytex. UP says it’s light but also durable. The M size weighs around 4.0 kg.
The lines used are a mix of Aramid- and Dynema-lines. They are exactly like the ones used on the Trango X-race.
I flew the glider at 95 all up with an X-rated 6 harness. Launching the Kangri is straightforward without any delays.  The test is written after some series of flights in mixed conditions from light to some turbulent ones, and one flight with the company of a Swift 5 size SM 75-95, and another one with a Bonanza 2 EN-C size  (75-95). Those reference gliders in the B and C category were flown by very good pilots and gave me a complete idea about the performance ability of the UP Kangri M.
At first, I can describe the handling as fairly agile for a 6.3 AR B glider. The brakes travel is medium to short with a linear and precise response. It’s not a Trango X-race handling, which remains ‘the’ one and favorite C glider regarding handling. But the Kangri reminded me a little bit of that handling with a more forgiving feel. Not as sharp as the Trango, and well placed in the B category in that matter.  I could describe the agility as a bit close to the Bonanza or the Artik 5.  The feel under it is slightly better understood than on a Delta 3 SM for example. But still, the Kangri is more tamed than any of those C’s described above.  Nevertheless, I could feel the aspect ratio, and I cannot put it in terms of feel next to a Mentor 6, or a Swift 5 for example. Those B’s are very tamed to compare. The Kangri feels like in between of those 2 categories, and that’s the best way I can describe it in terms of accessibility. The Sigma 10 and the Artik 5 are more demanding to fly. So I think I have placed it well for you to know  🙂
In terms of climbing ability, the pilot on the Swift 5 flew it at 90 all up ad he was climbing I think better than any CCC glider!  🙂  But in glide against the wind, he was penalized and a bit slow. The Swift 5 must be flown exactly at top weight or even 2 kilos more. (Just to be clear).  In terms of glide angle, the Kangri showed me a super nice gliding power that places it among the top 3 B’s in that matter.  But I needed to get a solid confirmation and flew it against a Bonanza 2 (EN-C) in some tricky and turbulent glides against the wind. After many attempts, the Kangri nearly matched the Bonanza 2 glide, but the C glider still had the edge.
In weak climbs against the Bonanza 2, the Kangri did very well and climbed next to it. Probably the B2 has a slight edge in float ability and climbing in very weak thermals.
The trim speed is similar to the B2 and the Kangri has around 13 km/h over trim taken at 800 ASL.  The glide at the top speed is also similar to the top B’s.
Ears are stable, efficient, and reopen quickly.
Conclusion: The UP Kangri is an interesting glider for XC with a very efficient package. Its definitely not a detuned C. The feel under it is never boring for those B pilots that need that extra C feel, but also less demanding in turbulent air than many C’s including 6 AR ones.
Good handling and authority on the brakes, good speed, nice overall package.  Any pilot wishing to step to the C level in feel with plenty of performance, but needs a B rating, the Kangri is the way to go.

This is only my opinion. Make your own !