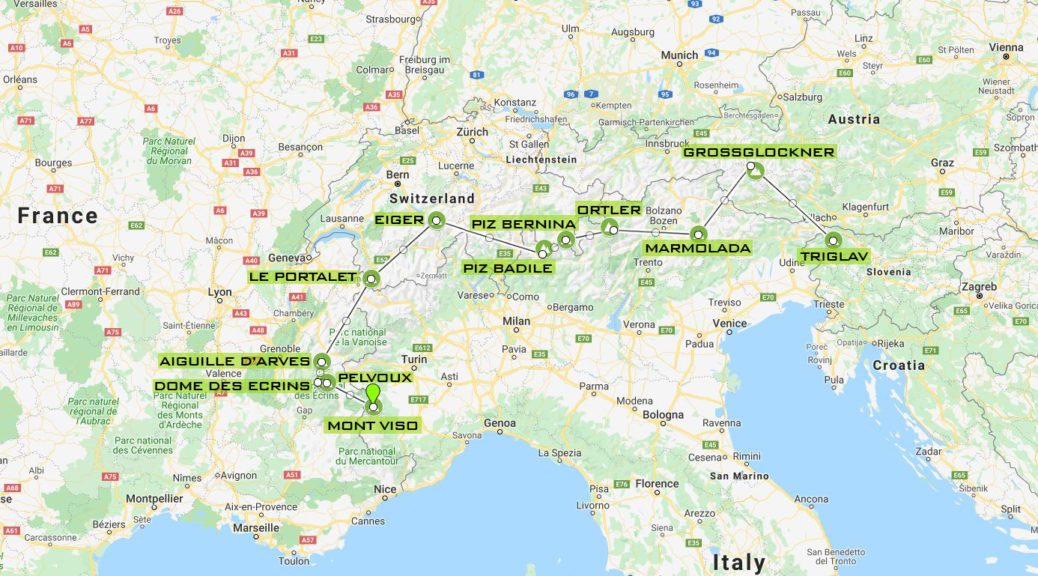 CROSSING THE ALPS WITH JULIEN IRILLI

Earlier this summer, Julien Irilli began a new hike & fly adventure with the aim of crossing the Alps from Slovenia to Monaco.

The adventure, which included solo and tandem sections, lasted for a total of 44 days. His adventure began on the 24th of July, flying from Slovenia with the Takoo 4, accompanied by Erika Besson. During the first 10 days, they climbed the highest Slovenian mountain, Triglav (2864m) and also the highest mountain in Austria, the Grossslockner (3800m).

The following day he flew with Christopher Shand on the Bi Skin 2 P, taking off at 3300m and together they reached the Piz Badile (3308m). Irilli continued travelling alone from Badile to the Eiger (3970m) reaching it on the Klimber P. On the 23th of August he was joined by his friend Xavier and together they conquered the North Face of Eiger – one of the most complex climbing routes of the adventure.

Once successfully achieving this feat, he flew the Icepeak Evox to the Mont Blanc Massif to climb Le Portalet (3344m) and covered the distance from Switzerland to France to reach the top of Aiguille d’Arves (3514m).

At the start of the month of September he speed climbed the Dome des Ecrins (4015m) and flew from the top with Xavier on the Bi Skin 2 P. The next day, they hiked the Pelvoux (3946m) with the same set-up. The same day Julien flew his Icepeak Evox to Mont Viso (3841m) in Italy and he reached the peak by solo running.

The 5th of September he flew more than 100 km from Italy to Monaco with the competition glider. To complete his adventure the next day he took off from the peak of Mont Gros to fly to the sea.

What an amazing feat! Congratulations Julien!