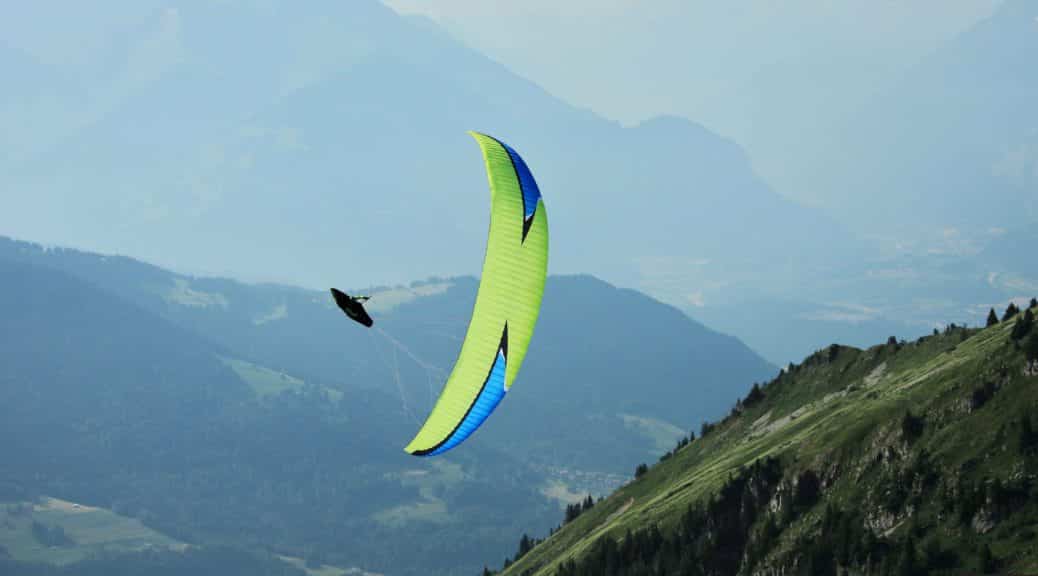 France-based UK pilot Rupert Hone received his Peak 4 this year and did not hesitate to start living adventures with his new companion. Now he has completed an SIV course with the glider, and his views on the course and the Peak 4 soon arrived: „Overall the wing is very highly pressurized! This saved me from getting wet several times on first day when my glider control and harness positions got me into trouble. Having such a high internal pressure meant side collapsed came out quickly and most importantly the center of the wing kept flying. It also meant that despite my best efforts I was unable to collapse a side of the glider, pulling on just the A riser. Yes of course there is great energy but providing you brake at the right point and are prepared to brake in deep inputs and release quickly, the Peak 4 is predictable and controllable. I am new to 2 liners so wanted to also appreciate what control on the B risers was like. So in addition to lots and lots of 360s with rapid exits and damping dive on brakes, I also practiced damping symmetrically on the Bs, which worked very well. Short and very effective as you are activating a large part of the rear of the glider”.

“Stalling the Peak 4 (when done intentionally) and in 2 step process, is very stable and once you find the backfly position, easy and comfortable to hold there, with a very damped dive afterwards. […] The strong points of the Peak 4 are stability and comfort when in backfly, the position of Peak 4 which really wants to fly after the backfly and lastly the shallow dive on release. Frankly I was surprised by glider’s benevolent stall behavior“.

On the other hand, the Acro ace and champion David Geiser tested his Peak 4 during an acro session and the results were exceptional! He said: „Safety and performance are combined with this wing, really impressed about it!“

You can watch David’s tests here: