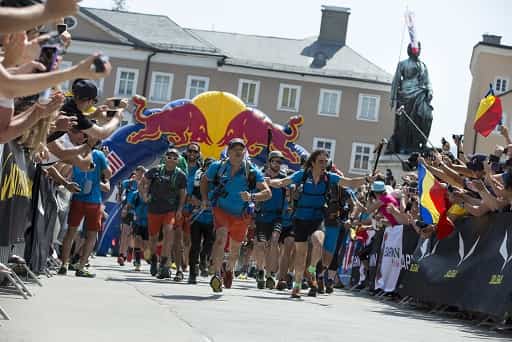 The line-up for Red Bull X-Alps 2017 just got even more interesting. The race committee has announced two wildcard athletes to join the eighth edition of the world’s toughest adventure race. Spanish adventurer Jose Ignacio Arévalo Guede and Mitch Riley from the USA will be added to the line-up of the race that challenges athletes to hike or fly a straight-line distance of more than 1000km across the Alps.Given the demanding nature of the race, only the most accomplished athletes with a proven record of mountaineering, endurance and paragliding expertise were considered for participation. With the addition of the two wildcard athletes, Red Bull X-Alps 2017 will now see 32 athletes from 21 nations embark on the adventure of a lifetime in front of a global audience. The route they will have to take will be announced on March 29, 2017.

The first wildcard goes to Mitch Riley from the USA, a 32-year-old paragliding instructor with a strong background in mountaineering and climbing. It might be his first Red Bull X-Alps, but he’s certainly no stranger to competition. With an impressive portfolio of contest victories, including two US national championships, Riley has hiked and flown all around the world.

The second wildcard athlete is Jose Ignacio Arévalo Guede; a firefighter by profession and the only Spaniard in this year’s race. He too has had an impressive few years on the contest circuit, with several wins at Spanish national competitions as well as further afield. His trekking, canyoning and rock climbing experience, combined with his familiarity of the Alps could give him an edge in the upcoming race.

“We are extremely excited to give two more athletes the chance to participate in Red Bull X-Alps 2017”, says Race director Christoph Weber. “They may be Red Bull X-Alps rookies, but they certainly have the skill and experience to challenge the rest of the field. As we’ve learned from previous races, the constantly changing conditions make it impossible to predict the outcome, so it really is anyone’s game.”

It seems both wildcard athletes have come prepared. Arévalo Guede who has been training up to 4 days a week already has a strategy in place. His plan is to fly as much of the route as possible and to account for all foreseeable variables. He says; “Red Bull X-Alps is the Olympic Games of paragliding, it is the highest level of adventure.”

Mitch Riley has a similar approach to ensure that he is in top shape both mentally and physically for race day. His plan is to eat healthily, rest well and stay patient. “At the start line I’ll be excited, not scared. I’ve got the skills and the preparation, bring it on”, says the American confidently.

To view the full list of athletes and learn more about the race, head over to redbullxalps.com and facebook.com/redbullxalps.

Red Bull X-Alps 2017 will start on July 2 and will be the eighth edition of the world’s toughest adventure race. The combination of trekking and paragliding is one of the most exciting hybrids to emerge from the ongoing convergence of mountain sports. During the race, athletes must hike or fly as fast as possible a straight-line distance of more than 1,000km across the Alps via a currently undisclosed number of turnpoints.