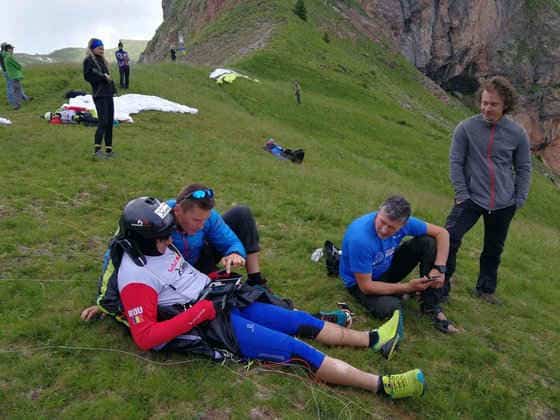 WHAT HAPPENED SO FAR IN DAY 3

News straight from the road as the athletes head for Turnpoint 2 and beyond!

After a night when no athletes used a Ledlenser Night Pass, the morning began with plenty of action. Toma Coconea (ROU) and Gaspard Petiot (FRA2) have reached the Triglav turnpoint after a dramatic foot race up the north face of Mangart. Coconea was greeted by a crowd of bell-ringing, cheering fans, while Petiot was met by his brother and sister. 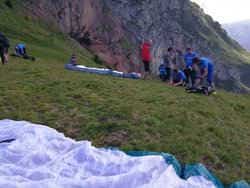 We asked Coconea how he felt, and he responded silently with a cheerful thumbs-up. Petiot’s supporter told us that they are hoping to fly from Triglav as early as 10am and that they’re hoping for a big flight, possibly even as far as Kitzbühel.

Just a few kilometres behind them, Paul Guschlbauer (AUT1), who made ground with a short flight to Tarvisio, and Nelson de Freyman (FRA3) are also racing for Triglav.

After clearing the Triglav turnpoint yesterday, leader Christian Maurer (SUI1) is continuing his march north for Turnpoint 3, Aschau-Chiemsee, after a flight along the southern shore of Weissensee. He is currently 44km ahead of Coconea.

Stanislav Mayer, who rose up the rankings yesterday into 7th place, has also been in the air, while Aaron Durogati, who badly injured his knee and is struggling to walk, is looking forward to more time above the ground.

With flyable weather forecast, today is the day that the Red Bull X-Alps 2017 will really pick up speed.

Quelle: with thanks to Redbullxalps.com