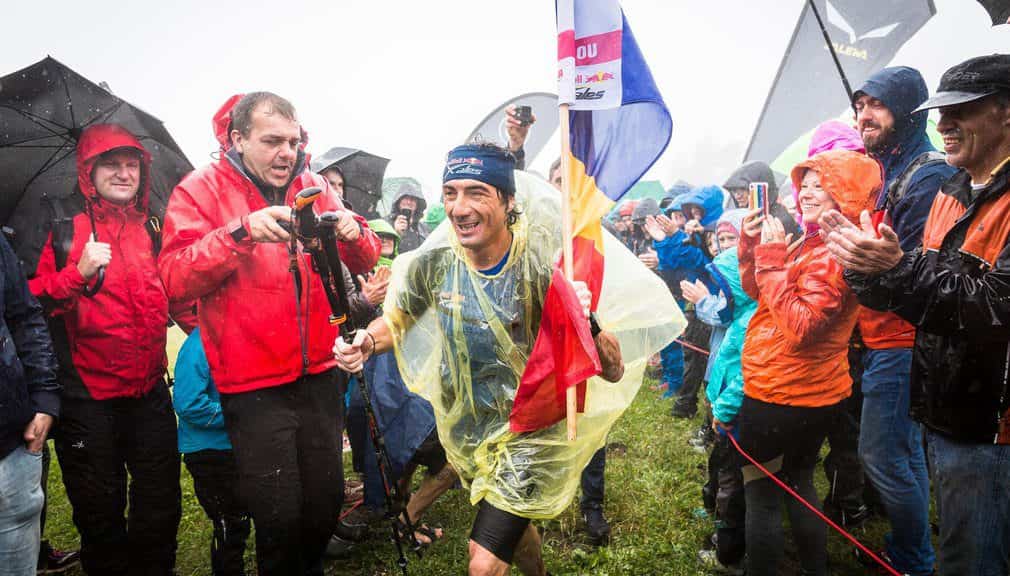 As if running all day and evening in tough conditions wasn’t enough, three athletes have announced they will will use their Ledlenser Night Passes tonight.

Each athlete has one Ledlenser Night Pass that they can use when they want. They must announce they intend to use it before noon on the day they plan to hike all night.

That means this is a tactical decision by all three athletes to get some serious distance behind them early in the race.

McClurg famously hates hiking downhill and lost time on the way down the Gaisberg today – he will use his to catch up and establish a safe margin between him and the back of the pack.

Coconea will use his to extend his lead as much as he can.

Meanwhile Huber will also use his to get ahead – but having come third in the Leatherman Prologue he won an extra Ledlenser Night Passes. Using one now is a smart move, allowing him to establish a lead over the main pack, and still keep a Night Pass for use later in the race.

Because Monday will see a staggered start, both Coconea and McClurg will have to stop moving at 5am and wait out their allotted time. Huber gets to keep moving and doesn’t have to stop.

Three jokers have been played – the game is rapidly taking shape.