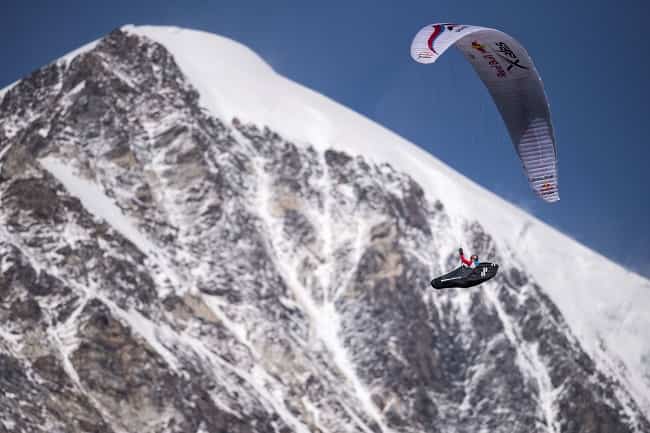 They’re tired, sunburnt and it seems, keen to complete the challenge. Today, fourteen athletes have pulled a Ledlenser Night Pass in a bid to push on through the night to make the finish line of Monaco.
Up front, race leader Chrigel Maurer (SUI1) was 50km from the finish line early afternoon and hiking up the Col di Tenda in the hopes of getting in an afternoon flight. But if he can’t fly, he’s prepared to walk. Having pulled a Ledlenser Night Pass, he now has the means to keep going until he makes it to goal, which could be in the early hours. Live Tracking will continue throughout the night as the Red Bull X-Alps 2017 reaches its thrilling conclusion.
Other athletes to pull a Ledlenser Night Pass include: Paul Guschlbauer (AUT1); Pascal Purin (AUT3); Tom de Dorlodot (BEL); Richard Brezina (CAN); Stanislav Mayer(CZE); Benoit Outters (FRA4); Sebastian Huber (GER1); Manuel Nübel (GER2); Tobias Grossrubatscher (ITA2); Ferdinand van Schelven (NLD); Michal Gierlach (POL); Christian Maurer (SUI1); Jesse Williams (USA2); and Mitch Riley (USA3). Nick Neynens(NZL) is the only athlete still in possession of a Ledlenser Night Pass not to have pulled his.
Maurer now leads by 50km on his nearest rival Benoit Outters, but knows that a simple mistake now could be very costly. Behind Outters lies Guschlbauer, who said earlier this morning that conditions were perfect, if you liked to run on the flat.
His position in third place was looking safer than it has been but with Stanislav Mayer only 20km behind, anything is still possible. Simon Oberrauner, with 194km to goal, is also looking very threatening.
Race director Christoph Weber says:“ This has undoubtedly been one of the toughest editions of the race in recent years. The route is longer than it has been before and the weather has not made it easy. Athletes for sure will be feeling the pain and looking forward to Monaco. We will be waiting to greet them.”
Meanwhile the chaser pack, whose athletes have been flying wing-to-wing for half the race has broken up and every athlete is following their own line, every man to himself. One of the more impressive was Manuel Nübel’s flight near Turnpoint 6, the Matterhorn, launching from 3,300m at 7.15am to fly over glaciated peaks. By early afternoon he’d covered 88km in the air and 15 on foot.
Who will make it across the line? Stay tuned to Live Tracking to watch the drama unfold on www.redbullxalps.com.