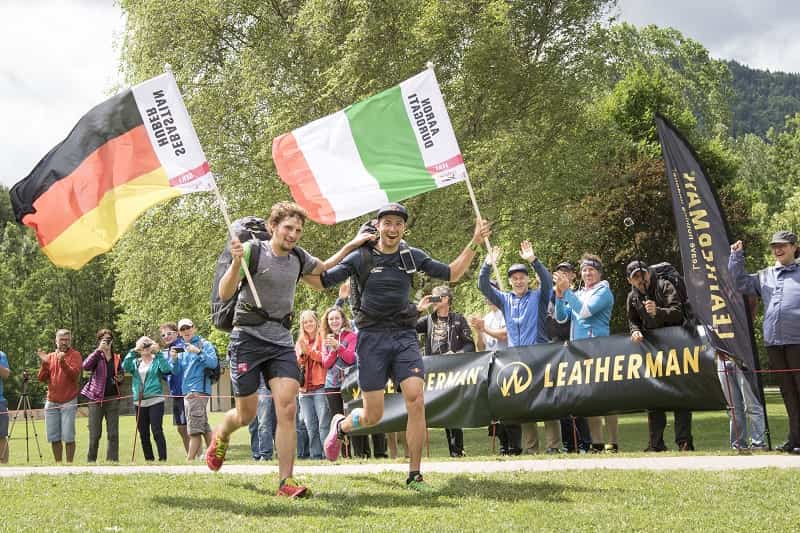 It was a day the mountain men showed their stuff. Sebastian Huber, Aaron Durogati and Benoît Outters are clearly the athletes to watch on the ground. And not far behind was the indomitable and indefatigable one and only – yes, you guessed – Toma Coconea. Competing in his eighth Red Bull X-Alps and at the age of 42, he demonstrated that he’s still an athlete to be reckoned with.

Watching from the sidelines, grounded with a cold, was the reigning four time champion. Could this create the biggest upset in the last 10 years of the race, and see someone new crowned victor?

For Maurer, missing the Leatherman Prologue is not the biggest setback and the mandatory penalty of starting one hour behind the last athlete to set off on Day 2 is unlikely to hold him back. But he likes to lead from the front, and if the race starts on foot, and the eagle can’t spread his wings and he’s still not feeling his best, then he’ll find himself somewhere he’s not used to – further down the rankings.

Maurer was staying cool and unbothered when we spoke to him. “I hope also to fly, then I have a chance otherwise the first three in Monaco will be the same like today. The adventure will be interesting for me, not the ranking.”
Those who know Maurer know that he will still be as competitive as ever! One thing he did point out was how hard the guys at the front ran.

“I was surprised how fast they treated this Prologue,” he said.

Race director Christoph Weber also noted the level of enthusiasm. “It was good to see everybody putting a lot of effort into this little run.”

Speaking afterwards, Durogati said he didn’t set out to go hard the whole way, but that’s just the way it turned out.

“I didn’t start with the idea that I had to get an extra Night Pass,” he said. “But if it comes, because I’m feeling good, then I go for it – so I did! I think it’s always better to have something more than the others. If it doesn’t kill you to get it, why not?”

“It was fun to cross the finish line together,” added Sebastian Huber, who first demonstrated his mountain running prowess in 2015 after becoming the first man to summit the Gaisberg.

Not everyone went hard.

“I went at my own pace,” said Mitch Riley, who was also thankful for the mild weather. In 2015, it was so hot many athletes returned dehydrated.

Another one happy to go at his own pace was Tom de Dorlodot. “It was nice to speak to other athletes on the way down,” he said.

As one of the most experienced Red Bull X-Alps athletes – this is his sixth time taking part – he knows that it’s a race that doesn’t reward those who go out too hard.

Everything now hinges on the weather. “It looks to be shifting,” adds Weber.

“Hopefully it now looks like we can fly on Sunday but then it’s bad on Monday. “But then there’s some fresh cold air coming over which should be good for flying.”
Let’s see…

Below are the official times for all 31 athletes: