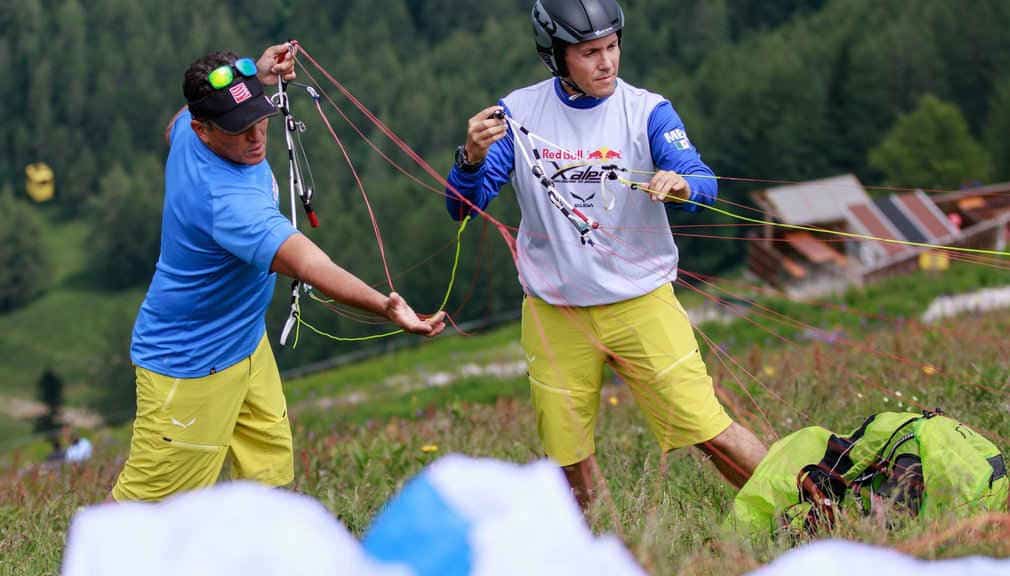 The axeman has arrived and the eliminations have begun.

This morning has seen the first elimination of the race. David Liano Gonzalez (MEX) was officially cut from the back at 6am. From now until the end of the race one team will be cut every 48 hours.

Gonzalez has been suffering from a leg injury sustained in an ultramarathon a month ago and knew yesterday he couldn’t continue.

However, with the elimination looming he elected to sit and wait it out rather than retire from the race. ‚I knew if I quit then the next athlete in front of me would be eliminated, I didn’t want that‘ he said this morning.

‘As part of my training for the Red Bull X-Alps I did ultra races, including a 250km race in South Africa. From that I got tibial tendonitis. I thought I was recovered but after the Leatherman Prologue I felt it was not quite right.

‘Then with the first day all walking I could feel it being aggravated. On Day Two we walked again and by that afternoon I had decided to stop and take care of it.

‘Yesterday I had two flights, with 2,500m ascent. Even in the air pushing the harness with my leg was painful. I landed and I knew I couldn’t continue.’

He could have retired then, but he knew if he did the athlete in front of him would be eliminated instead. ‘I would like to think if I had been in that position the person behind would do the same thing,’ he said.

Being eliminated was definitely disappointing he said. ‘But I have been around adventure races and racing all my life, so I know injury is part of the game. Sometimes you make it through, sometimes not.’

He said he would head to Monaco in a few days and meet the race at the end.
Gonzalez has climbed Everest, the highest mountain in the world, six times. How does that compare with the Red Bull X-Alps?

‘It’s definitely been very, very tough with all the running and movement on the ground. I think both are big challenges. They are both physically and mentally demanding.’

He added. ‘Pilots who come back year after year have my full respect.’